The Sandman Will Keep You Awake - The Loop

Billy-Bob was a human prospector searching for Kerium all across New Texas. He always seemed to be down on his luck or getting himself into trouble. Billy-Bob often partnered up with the alien prospector known as Diamondback, but also worked on his own.

During one particularly Kerium-free dry spell, Billy-Bob and fellow prospector Zeke could only afford one glass of Sweetwater between the two of them at Handlebar's Trading Post. When two Prairie People arrived carrying Kerium, Zeke, Billy-Bob and Fred became envious, started to call the Prairie People names such as 'Critters' and chased the natives right out of the Trading Post onto Main Street. There, the Prospectors faced off with BraveStarr, who warned them not to draw their Neutra-Lasers. Billy-Bob was the only one smart enough not to draw his weapon, as BraveStarr shot Zeke and Fred's weapons right out of their hands, then caught and crushed them.

Back at the Trading Post, the three prospectors considered taking the Kerium from the small Prairie People. Once again Marshal BraveStarr gave them a warning. But when Judge J.B. McBride was kidnapped by a couple of masked Prairie People, the prospectors drove out towards the Prairie People Settlement on Turbo-Mules, swearing to drive them into the Badlands. Although they claimed to do this to rescue J.B., their main goal was to get their hands on the Prairie People's Kerium.

Upon arriving at the Settlement, BraveStarr was already there waiting for them and this time, he shot the Neutra-Lasers out of all three of the Prospector's hands (apparently Zeke and Fred had a spare Neutra-Laser on hand, since they wouldn't have had enough currency to buy a new one). Judge J.B., who had escaped by herself, was on the scene and had with her evidence that the Prairie People had been framed by Tex Hex, who used robot look-a-likes to kidnap J.B. Billy-Bob was the first of the three to offer his apologies, only to find Deputy Fuzz cocking a Neutra-Laser of his own. But Fuzz used the laser beam to shoot at a nearby mountain, revealing a stack of Kerium beneath the rock. This made the three humans ecstatic with joy. They immediately began to take a share of Kerium for themselves without as much as a thank you. (Kerium Fever) 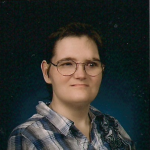