The Day the Town was Taken

Clem Clodhopper was a Fort Kerium citizen. He worked as the assayer, who logs in claims for the other settlers. 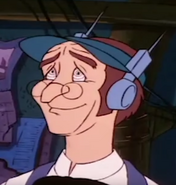 Mr. Clodhopper does not approve.
Community content is available under CC-BY-SA unless otherwise noted.
Advertisement